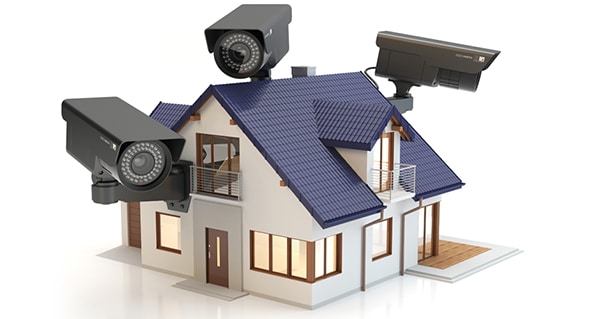 This past week there have been a bunch of breaking stories in the central jersey area related to crime, theft and suspicious activity that with the use of security camera systems, could be resolved hopefully very soon. The stories show that not only can having a security system be a substantial deterrent for motivated offenders, they can also provide the police with meaningful evidence that can help investigations and resolve the case. In all the stories listed, the police either asked the public to check their security camera footage or they used their footage to charge the culprits involved. Security cameras which may have been purchased to protect your own family can provide a service to your neighborhood. If your cameras happen to catch a glimpse of a vehicle, identification of the suspect, clothing insignia or other small details that are involved in a neighboring crime, it could greatly benefit your neighbors or the community at large. 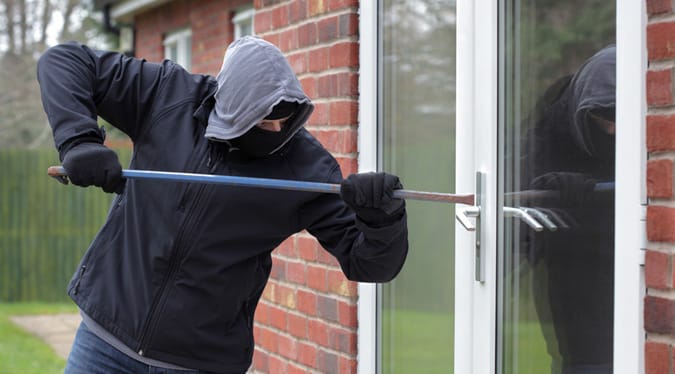 There was a scare in Howell, NJ this weekend as a 6-year-old girl was the alleged victim of an attempted kidnapping. On Sunday afternoon, the child was outside playing with her friends on the lawn. Eventually, she found herself alone as her friends made their way back home and her brother stepped inside to grab a bottle of water. As the little girl continued to pick up her toys a man described as being a thin man, in his mid-40’s, with black hair, and a beard, drove up to the child in a black SUV. The man approached the child and put a paper bag over the girl’s head, the girl started screaming and ran inside to her mother before the kidnapper was able to grab her. So far, there have been no arrests and Howell police are asking residents for any security camera footage that might be of use to identify the man in the black SUV.

In Sea Girt, an email alert was sent to residents on Friday evening by the Sea Girt Police Department. The email told residents to be aware of their surroundings and be on the lookout for suspicious activity in the Sea Girt / Manasquan area. These emails were directly related to a vehicle that had been stopped Thursday night. Inside the vehicle there were three individuals with extensive criminal backgrounds within the state of New Jersey. Although police did not arrest them for any wrongdoing, they believe the individuals were in the area looking to steal unlocked high-end vehicles and break into unlocked homes- a common trend that unfortunately has been on the rise as of recent. Police urged residents to report any unusual activity, make sure their security systems were up and running, and keep their homes and vehicles locked at all times.

Five members of theft ring were caught after they stole $300,000 in checks in Passaic, Bergen, Morris, Essex, and Middlesex counties. They stole the checks by using pry bars to break into collection boxes. The checks were then taken to ATMs throughout New Jersey and turned into cash. Federal authorities report that all five members have just pleaded guilty. The subjects reportedly targeted mail collection boxes in Passaic, Bergen, Morris, Essex, and Middlesex counties. The subjects were identified through the use of video surveillance. Video cameras were able to record a van which leads to a suspect involved in at least two of the break-ins, while ATM camera footage was used to identify the other members. We’re happy to see CCTV video surveillance systems successfully conclude a case and serve justice once and for all.

In Paterson, authorities arrested a homeless man and charged him with burglarizing a local Paterson church. They are also investigating the man for four other burglaries that took place inside the church. In one incident $500 was stolen from the donations. The man was finally caught through the candles he stole, and his description matched the images found on the church’s video surveillance system. This is just another case that security cameras helped conclude. If this NJ church did not have a security camera system in place, who knows how many more churches, places of worship, non-profits or even commercial businesses this man could have ended up stealing from next.

All the stories above highlight the importance of security systems. Surveillance cameras can protect you and your family by providing a deterrent, they can also provide substantial evidence in court proceedings and be the missing piece in a conviction. When you and your neighbors have security systems, the police can use footage from all your cameras to help catch the criminals, which benefits everyone. No one wants to find themselves in a situation where someone is stealing from them or breaking into their property, or worst of all going after their children. You can minimize the risk by getting yourself a security system.

Central Jersey Security Cameras is a business specializing in Security Camera System installation, fire and burglar alarm installation and door access control installation. We install these CCTV and security systems for commercial and residential locations all throughout New Jersey including Belmar, Point Pleasant, Seaside Heights, Atlantic Highlands, Toms River, Asbury Park and more! If you’re interested in a security system for your home or business, call our office located in Freehold New Jersey today at 732-333-0227 or visit the office yourself, we’re located at 620 US.9 S Freehold NJ 07728!